skip to main | skip to sidebar

Over the years I have been developed and been involved in creating several books based on the NES. From magazines to complete compendiums.

NES-Bit Magazine System was the first 2 publications I created and both are currently available on Amazon. 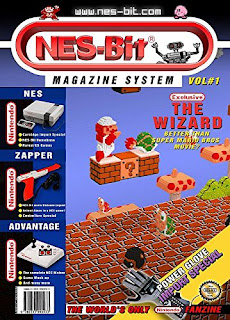 Originally a community created retro magazine to celebrate everything NES. Consisting of various articles, reviews and a unique glimpse into the world of the Nintendo Entertainment system.

And much, much more! 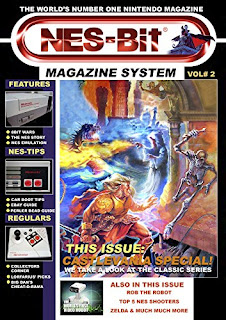 Consisting of various articles, reviews and a unique glimpse into the world of the Nintendo Entertainment System.  The second issue is packed with over 60 pages of content! Highlights include:

R.O.B The Robot
Castlevania (Cover) Special - A look at the NES series and some of its unique stand out points
A look at some of the NES's classic Shooters
8bit wars - Classic systems go head to head
Legend of Zelda Special
Japanese Imports

And much more inside! 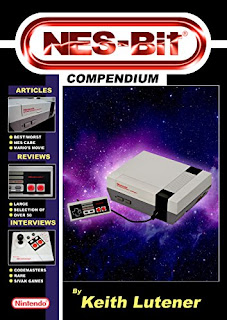 After producing several magazines and retro gaming books, Keith Lutener takes you on a journey through the NES catalogue.

Exploring games of yesteryear as well as talking to the developers who helped bring you these games. Add to this a selection of handy guides including instructions on how to properly care for your NES.

Packed with over 200 pages of reviews, developer/programmer interviews and articles the NES-Bit Compendium offers something for every Nintendo Entertainment System fan. Even dabbling into the world of Nintendo at the movies with the epically known Super Mario Bros. movie!

Feel free to leave comments if you read any of the above, even better if you could drop a review on Amazon itself as it helps the books get seen!
Posted by Lorfarius at 16:12

Now this show is not without problems. I'll be the first to admit it. losmovies It's very basic premise and sometimes convenient plot turns are not lost on me. Two monster hunting brothers travel cross country and extinguish a different monster each week. Not too much on the original side, I know. However, I can't help but watch this show every week with a fondness for my old junior high days. For those who don't know I was a huge sci-if/horror geek in my younger years and I loved reading about "The Crazy Hook Man who kills Teenagers" or "The Ghost of the Lady in White". 123movies I ate those stories up, and apparently so did the show's creator. This show takes me back to the years before I learned what character arcs, and plot contrivances were. It strips that all away and just lets me enjoy what it was like to hear ghost stories. What it was like to get chills down my spine every time I rode down a dark road at night expecting an apparition in white to appear.

Thanks a lot for sharing and I have some special things for you. If you are in free time. Read and ponder the good quotes of life below, you will surely draw in life's own deep lessons.sad quotes about life and pain and or you can relax by playing the game after the tired working timenitro racing games You can relax by reading the stories as danh sách truyện ngôn tình hay. Each article definitely sexmang to give you the most comfortable feeling. Enjoy the experience!